Josef “Sepp” Holzer (born July 24, 1942 in Ramingstein, Province of Salzburg, Austria) is a farmer, author, and an international consultant for natural agriculture also called Holzer Permaculture or Agro-Ecology. After an upbringing in a traditional Catholic rural family, he took over his parents’ mountain farm business, the Krameterhof, in 1962 and pioneered the use of ecological farming, which he discovered and experimented with from early childhood on. After a very short time of unsuccessful farming using conventional methods as he learned while in agriculture school to become a “formally educated” farmer, he quickly realized the mistake and went back to his own way that nature had taught him from childhood on and he became ever more successful with his techniques at high altitudes [1100 meters (3600ft) to 1500 meters (5250 ft) above sea level] on his farm. Years later he was told that the techniques he used were called Permaculture and after researching the official publications of Mollison’s work (one of the original founders of the term Permaculture), Sepp Holzer agreed to call his method Permaculture. Important is to realize, Sepp Holzer’s techniques are really his very own ones as he learned them by reading nature and as such it’s best to term his methods “Holzer Permaculture” to set it apart.

Sepp Holzer was called the “rebel farmer” because he persisted, despite being fined and even threatened with prison, with practices such as building pond systems without liners and using the Holzer Monk. He has created some of the world’s best examples of using ponds as reflectors to increase solar gain for passive solar heating of structures and using the microclimate created with water and rocks to effectively change the hardiness zone for nearby plants. He has also done original work in the use of “Huegelkultur” and natural branch development instead of pruning to allow fruit trees to survive high altitudes and harsh winters.

His former farm, the Krameterhof now spans about 50 hectares of forest gardens, including 70 ponds, and is said to be the most consistent example of permaculture worldwide. In 2009 this farm went to Sepp Holzer’s son Josef Andreas Holzer (Krameterhof.at). 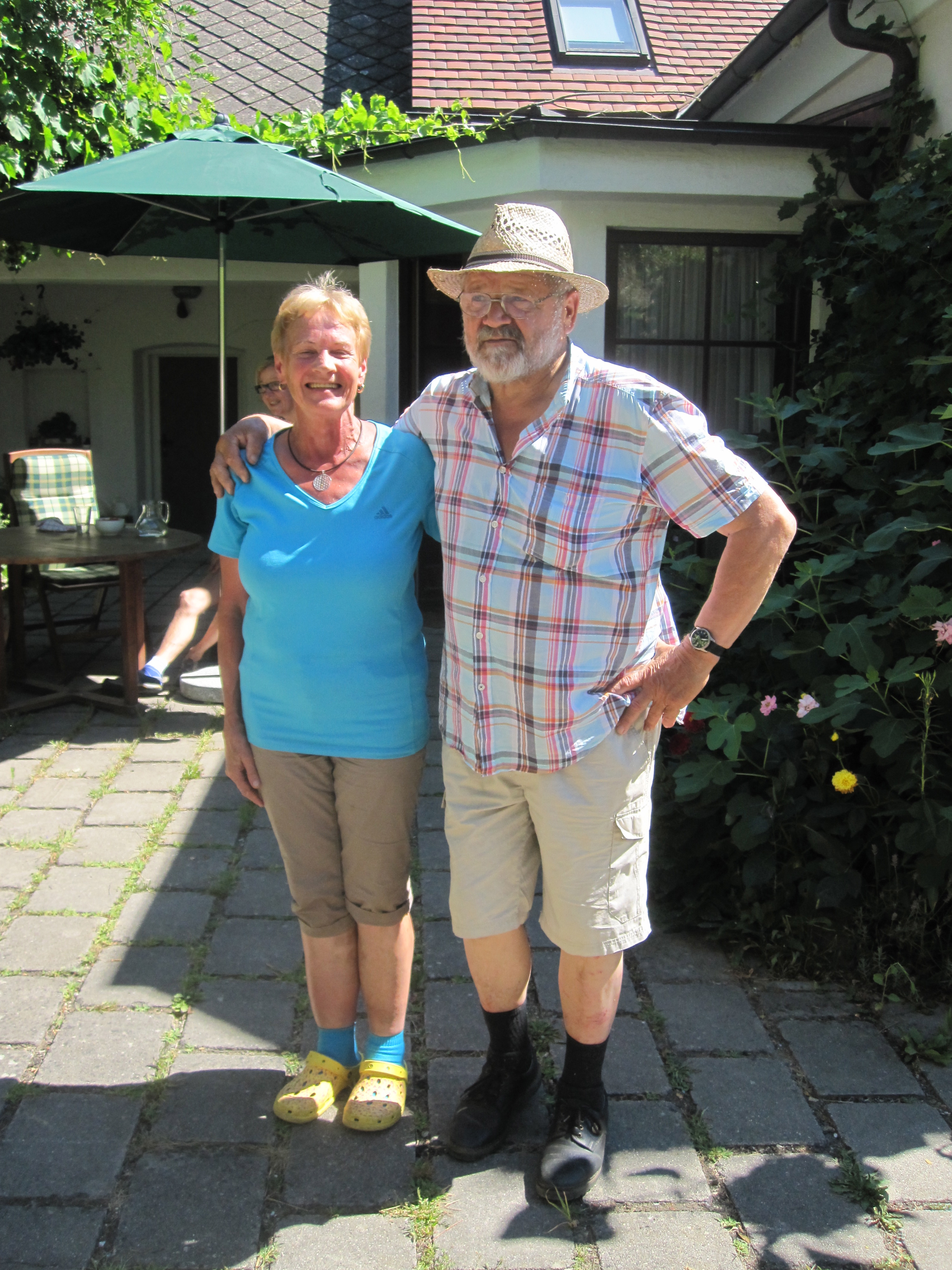 Sepp and his wife Vroni at the Holzerhof

In the past Sepp Holzer experimented with many different animals. As a result of these experiments, there is a huge role for animals in the practice of Holzer Permaculture. For example, Holzer is using pigs to dig new beds and have them fertilize the soil at the same time. This is a very effective way of farming, as the only thing he has to do is to throw some corn and fruit on the spot he wants to have plowed. A couple of days later, he can remove the pigs from this area and plant new crops in this bed.

Sepp Holzer is able to successfully grow his plants without using any fertilizer, herbicides or pesticides by maximizing the abundance of healthy soil life on his farm (microbes, mycelium, earth worms, insects etc.). He also does not need artificial irrigation, because he catches the rain water and even creates springs on his land, he captures this water in retention spaces and utilizes it to the maximum benefit of humans, plants and animals living on this land.

Sepp Holzer is the author of several books, attended many radio and TV shows and created CDs and he is featured in many films/DVDs (available on you tube and at bookstores). He works nationally as a permaculture-activist in the established agricultural industry, and works nationally and internationally as a consultant for ecological agriculture. His most recent DVD is called “Holzer’s Permaculture Now! – Desert or Paradise?” It mainly shows a project in Portugal, where the desertification of the area was stopped just using rain water and retaining it on the land. The art lies in the way, how Sepp Holzer keeps the water on the land by building a natural dam (as he learned from his pigs and by reading nature).